Buddhism, Philosophy as therapy - some thoughts..

Some thoughts over Easter: I know many students are away for the break – perhaps you may have more time than normal to think? so some thoughts....

Many of you are doing the Buddhism modules (RPE202), and there also seems to be a ‘craze’ for seeing philosophy as, in some sense, therapeutic (see http://www.geocities.com/Athens/Forum/5914/) . I was thinking of these two things in tandem this afternoon, and it struck me that we have been discussing themes pertinent here in class.

These have come out of our discussion as to whether Buddhism (esp in its early phase) counts as a religion. Well – I welcome comments on that topic – but also: can philosophy count as therapy?

Buddhism seems to count as therapeutic: –it includes the philosophy and a particular targeted practice (though we might, of course, dispute the accuracy pf the former and the efficacy of the latter).

Indeed Buddhism is if anything more sceptical of a certain philosophical ‘view holding’ (though after the very early phase scholasticism becomes a key part of Buddhist tradition), as we see in the Sisupacala Sutta, (trans from http://www.accesstoinsight.org/tipitaka/sn/sn05/sn05.008.than.html, SN 5.8):

At Savatthi. Then, early in the morning, Sisupacala the nun put on her robes and, taking her bowl & outer robe, went into Savatthi for alms. When she had gone for alms in Savatthi and had returned from her alms round, after her meal she went to the Grove of the Blind to spend the day. Having gone deep into the Grove of the Blind, she sat down at the foot of a tree for the day's abiding.

Then Mara the Evil One, wanting to arouse fear, horripilation, & terror in her, wanting to make her fall from solitude, approached her & said, "Whose philosophy do you approve of, nun?"

"I don't approve of anyone's
philosophy, my friend."

[Mara:]
For whose sake
have you shaved your head?
You look like a contemplative
but don't approve
of a philosophy,
so why are you wandering here
confused?

[Sister Sisupacala:]
Outside philosophers place
their confidence in views.
I don't approve
of their teaching.
They're not adept in the
Dhamma.

But there is
the Awakened One,
born in the Sakyan clan,
a person without peer:
all-conquering,
Mara's subduer,
everywhere undefeated,
everywhere freed,
independent;
endowed with an
Eye all-seeing, reaching the end
of all kamma —
with the ending of
acquisitions, released.

He, that Blessed
One, is my teacher.
It's in his Dhamma
that I delight.

Then Mara the Evil One — sad & dejected at realizing,
"Sisupacala the nun knows me" — vanished right there.

Is the Nun here rejecting all views? We often get the view in Buddhism that the practice consists of the three elements found in the 8-fold path: wisdom (insight, maybe), morality (or virtue) and meditation practice.

Can Western philosophical traditions be considered as in any sense therapeutic without this kind of holistic approach?

Further, can Buddhism really be said to reject ‘views’ – and still propagate a position on as
many issues as it seems to? 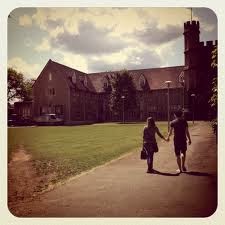